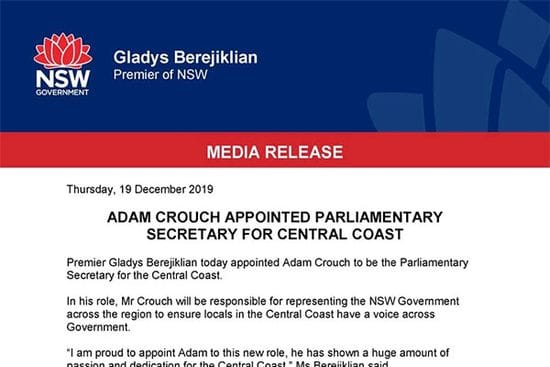 Gosford Erina Business Chamber are delighted with the Premiers decision to reintroduce the role of Parliamentary Secretary for the Central Coast.

Yesterday's announcement appointing Adam Crouch MP, Member for Terrigal to the role is seen as a positive response to the business community from the NSW State Government.

Representations both in person and in writing were made in October this year formally requesting a Special Minister or Parliamentary Secretary to oversee the region which has been missing since the election early 2019.

Chamber President Rod Dever said "The Gosford Erina Business Chamber spoke to the Premier in October when she was on the Central Coast for the Community Cabinet meeting and formalised a request in writing two days later". "The appointment of Adam Couch MP, Member for Terrigal to the role reinforces the Premier's words that the Central Coast is important to the government and is certainly on the governments radar" he said.

"Having a Parliamentary Secretary for the Central Coast allows for greater representation and provides a stronger voice for the region. The Central Coast hasso many projects which require continued focus including the Gosford City Redevelopment which cannot be left lagging" Mr Dever said.

The NSW Government have developed the Central Coast Regional Plan 2036 which aims to build a strong economy capable of generating jobs, providing greater housing choices and essential infrastructure, lively centres for shopping, entertainment and dining, and protecting the natural environment and this role is adding support to the achievement of these plans.

As the principal local Business Chamber, GEBC has been a strong advocate for a role of this nature since the departure of Scot Macdonald in March after the election.

"The Government have listened to the business and wider community and acted swiftly to the needs of the region" said Mr Dever. 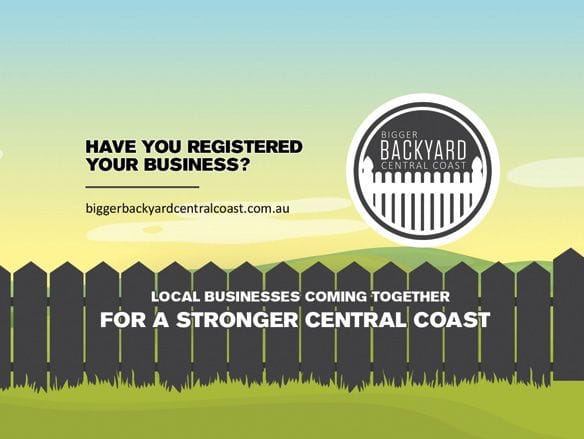